Connect and share knowledge within a single location that is structured and easy to search.

Is this question too vague for the main site?

This sounds vague, because it can have many, many possible answers (I hope), but I will accept any of them.

Basically, I want to demo a product to a company in Singapore, which has an eInk display (plus WiFi and BlueTooth): 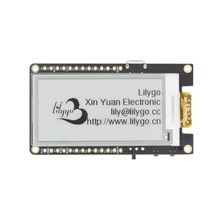 To give them an idea of how it can be used to display their data, I would like to display some Singaporean data, maybe population, or similar.

The catch is that I want it to updated every second or so, displaying the temperature wouldn't be much good as it rarely varies.

I don't care what the data is, so is it on topic to ask for some Singaporean data which changes every second or so and has a gratis HTTP(S) API? I would like something to grab their attention and get them wondering how we can use this (cheap) device.

seems on topic, especially if you ask for open data related to singapore and updating frequently

my 2 cents, simulate data, at least as a backup. to avoid the demo effect. for example, take the current population and simulate its increase with an estimate birth rate.

Not the answer you're looking for? Browse other questions tagged discussion .

Welcome!
This site is for discussion about Open Data Stack Exchange. You must have an account there to participate.
Help

19
Is there a point to this site beyond data-hunt questions?
13
How to increase Site Stats?
7
Editing a Tag's Name, Wondering About US Gov Involvement, Just the Usual
2
Dot Gov Support
5
Integration with Semantic/Web Data Community?